Part 2 is a challenge for me. When I photograph people it’s a spontaneous thing, probably not even noticed by the subject. Now I have to work directly with someone. Direct them. I am definitely out of my comfort zone with this, so to plagiarise Morecambe & Wise I am going to do all of it, but not necessarily in the right order.

An opportunity arose to take some shots for the exercise on Near & Far. I’m pretty familiar with composition tools like the Rule Of Thirds, but this is the first time I’ve had to apply it in such a pre-defined manner. One thing I learned from this was that such shoots really need a printed checklist of the shots which need to be obtained!

I’m indebted to my friend Carol for her early morning modelling efforts on a cold but beautiful beach at Selsey.

Distant, Carol positioned at the far right of the frame. The purpose of photographing someone at a distance like this is to make them a part of their surroundings. The trick is to maintain them as the subject, not just a feature of a wider scene. I chose this image as whilst there is plenty of interest, the sight lines all lead to Carol, and her gaze then takes you back out again. It’s a photograph of Carol on the beach, not a beach with someone on it.

Distant, Carol positioned at the far left of the frame. My lack of planning and poor directing resulted in me having very few shots to choose from for this composition. It’s my least favorite, mainly because Carol’s face is not visible. If only I’d got her to turn to her right! 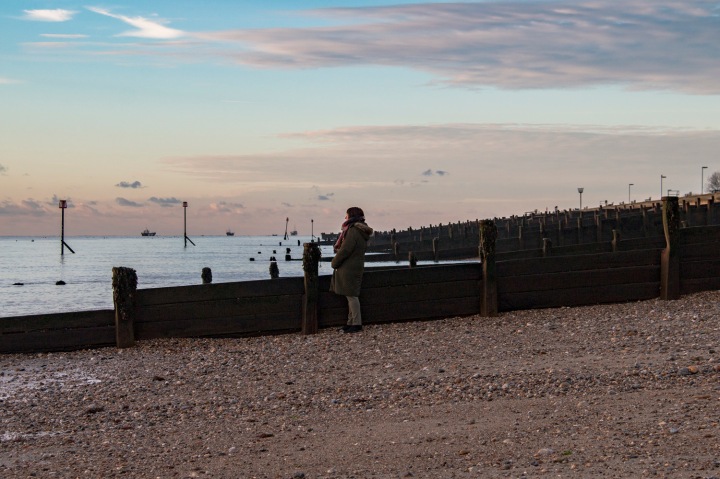 Distant, Carol positioned in the centre of the frame. This is quite similar to the first image, but I think it suffers from not having enough visibility of what Carol is looking at. Initially my eye is drawn directly to Carol, wanders left and right, finds the depth layering of the groynes interesting, and then I feel a bit frustrated that I can’t see more. Being able to generate a sense of frustration is maybe worth exploring in the future. 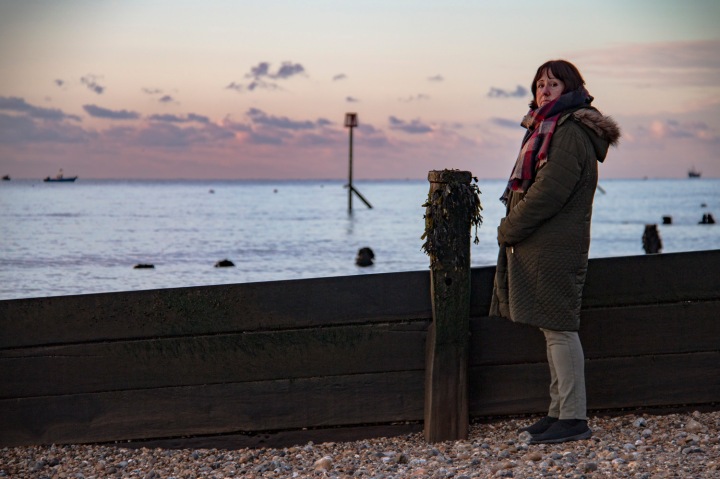 Middle distance, Carol positioned at the right of the frame. After inserting this in the post I think I feel that this would be better cropped a bit. Taking off the left third removes some distracting elements – mainly the boat – which keep dragging my eye away from Carol and the weed covered post: 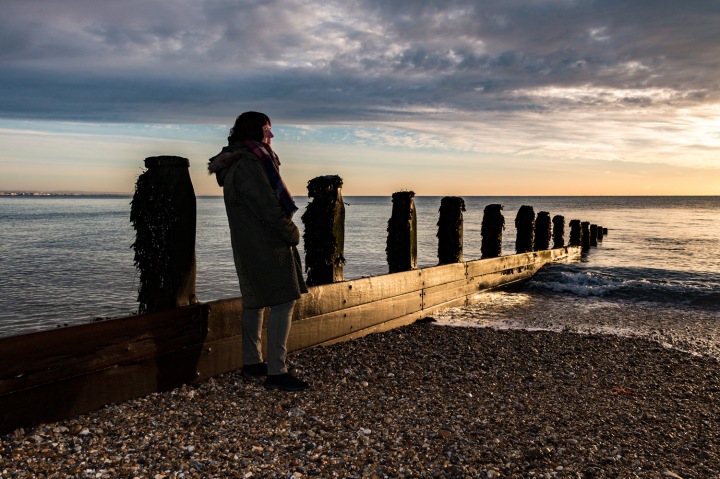 Middle distance, Carol positioned at the left of the frame. Probably my favorite shot of the whole series. It’s close enough to see facial features, far enough away to place Carol in a scene. The golden early morning light really helps too, with a hint of fill flash to stop the weedy post being a black blob. I’d have liked bigger waves, Carol was happy with them as they were.

Close, Carol centrally positioned. I’m not sure about this one, but not entire sure why. Carol was looking up at a kestrel, so the pose is a bit odd maybe? I should have asked her to step back a pace so she was positioned clearly between two posts. And possibly the missing hands are playing a part as well – it’s an odd halfway between head and shoulders and full length. The fill flash is maybe a tad harsh – I need to learn how to use my Speedlite properly.

Close, Carol positioned centrally. I like this better – a more normal pose, no fill flash, head and shoulders, bit of interest in the background. Cropping a bit off the left might be an improvement: 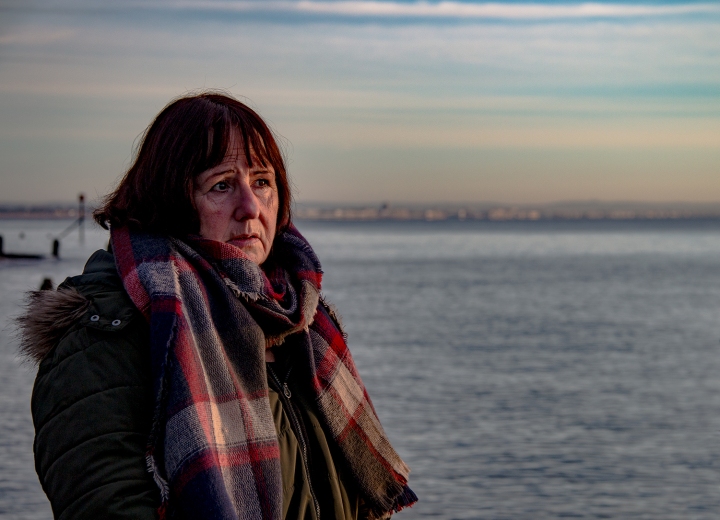 Close, Carol positioned to the left. I’m fairly happy with this one. I like the colours and the light, the way Carol stands out from the background whilst retaining enough elements in the distance to create interest. 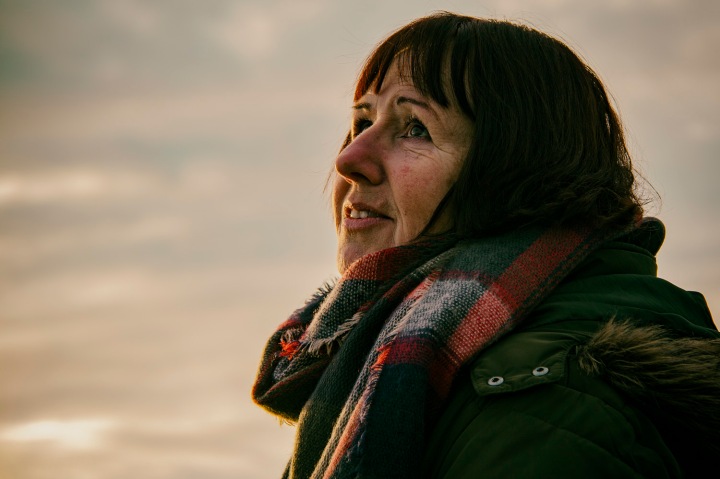 Close, Carol positioned to the right. The kestrel came back for this one, and it’s resulted in a more natural looking pose from Carol. As a portrait of Carol I like it, but I think I still prefer to see some surrounding context.